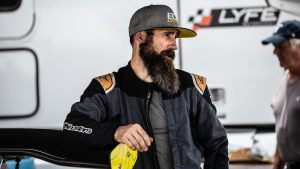 w tracks, new faces, new race class. Rallycross fans got their first look at what’s in store for them during the ARX Rallycross sophomore season this past weekend. Starting out at a new location, the “keyhole” section of the Mid-Ohio Sports Car Course. The track will also be the setting for the season finale.

Some of those new faces in the series are familiar ones, like T.V. personality Aaron Kaufman. Aaron is trying his hand at the new ARX3 class. The ARX3 class runs a low cost spec car, aimed at getting new drivers into rallycross. The SIERRA cars that are run in the ARX3 class 200hp machines that go 0-60 in 2.8 seconds.

Others are less known but the future of the sport like 14 year old Gray Leadbetter. She signed with Dreyer & Reinbold racing for the entirety of the 2019 ARX season, competing in the ARX2 class. Leadbetter finished 7th on day one, and 5th on day two. Despite her age, she already has a 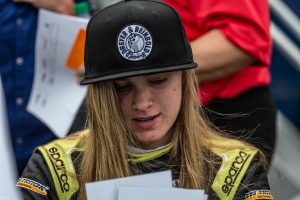 lengthy motorsports background and it will be interesting to see how she progresses throughout the season.

The supercar class was a mix of new and old. Scott Speed found a familiar spot atop the podium but in his new ride for Subaru Motorsports USA. Bringing the famous blue and gold of Subaru back to victory. Speed’s new teammates, Chris Atkinson and Patrik Sandell showed great speed throughout the weekend, but the two collided at the exit of the Joker lap and ended their chance at a podium. Instead the two Loenbro Motorsports teammates, Steve Arpin and Travis Pecoy took second and third on the podium. 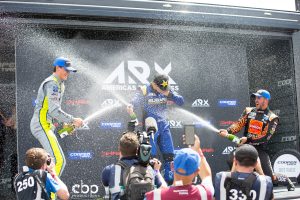 For more results and news on ARX Rallycross visit https://www.arxrallycross.com/

For more info on the SIERRA cars visit https://www.sierra-cars.com/